We can use our own pain to understand the pain of all living beings. Having learned to accept our own suffering patiently, if we then think of the suffering of all the other living beings trapped in samsara, compassion will arise naturally.

ELEVEN MONTHS AGO, I HAD ENOUGH. Enough of suppressing a deeply hurtful part of my soul—equal to the pain of knowing I have and live with cerebral palsy, each and every single day. My mom first skimmed through my Aiming for Inclusion column last October, after receiving a copy in her e-mail. She was appalled to see the Phinerb artwork I had posted. It was then, on one Sunday afternoon, October 20, 2013, we finally sat down and talked things out for over an hour regarding my bi-romantic/bisexual attractions.

As a boy, I too had heard that men cannot romantically love other men, much less physically and sexually, because it is sin in the Bible. But as a young, naive middle schooler, I had started to question this doctrine, as my body began to experience the onset of puberty, and my infatuations and fantasies with being intimately close with my male friends amplified—from mere dreams to cravings.

The morning of February 15, 2008—a morning that is etched into my memory—my heart died a little more inside when I became aware that my former friend Tim—a boy whom I had practically regarded as my brotherly equal up to that point in time—was getting on a plane to fly off to Texas. For months afterwards, I would sob intensely, every time an image of him popped into my head, thinking if I could just hold him tightly, for once.

I just did not expect the hatred I would receive from him four summers later, and the remnants of our once seemingly queerplatonic bromance, go up in flames.

I am now permanently over him—and in the process of getting over some of my other heterosexual male crushes at the moment—but my need to label my affections still remain, like an itch that is dying to be scratched.

In my disenchantment, from both my high school—and now, college—youth groups, I have open and honest talks with my newfound friends in my community college’s Gay-Straight Alliance—several whom have also bitterly walked away from Christianity and the church, post-high school—that THE SOLE REASON why I remain fervent in my faith is because, I had pledged, as that little boy, in the depths of my heart and soul, that the God I serve is a loving, forgiving, understanding and merciful God, and that I WILL CONTINUE TO DO SO, much to the disgruntlement of many of my theologically conservative church brothers and sisters.

These eighteen maxims, featured on the GayChristian101 website, beautifully summarize what every believer in Christ should already know—that the Father’s Heart is relentless for us to understand His character, and, although His essence is unchanging, His love—demonstrated through Jesus of Nazareth—is transcendent of every flaw, sin, mishap, mistake, and imperfection that we presume ourselves to be.

This being said, what is increasingly disheartening to me—as a young man with a physical disability, conditioned to conform to a lifestyle that enforces legalistic teachings in order to be a “godly” person worthy of saving—is that the very people who have brought me up in the Evangelical community, who have raised me, since my boyhood, are also so volatile in judging everything they perceive to be as “un-Christian,” and then label me a Judas Iscariot if I merely question any of their doctrines.

I recently have been receiving more of these remarks, both from family and several church friends, every time I appeal to them that Queers deserve the same chance at receiving God’s love and forgiveness:

It’s sad that you don’t stick to the Word of God Josh. That’s sad. And is wrong. I don’t agree with this. Either you believe in Jesus and go to Heaven, or don’t believe in Him and suffer in Hell burning forever. Goodnight Josh. Why is this happening to you?

One of my Christian bros (withholding his name to respect his privacy) wrote this in response to me challenging him, “How can there only be a set quota of people who are saved, and billions of others who are not?” He re-posted a graphic on his Facebook Wall last week, of a statistic that reads 370,000 airline pilots in the US would be raptured at the time of the futuristic Rapture, and is a big fan of the reboot of the new Left Behind movie.[2]

I rebutted that he and I are not even Jehovah’s Witnesses, so formulating such a number seems preposterous. 😛

Moreover, I do not intend to call my friend out here to make him an enemy. Au contraire, although he may see me as some sort of a “traitor” to the faith, I in fact affirm the same beliefs as he does, but now strongly advocate that God is more than the image of an angry tyrant of the Old Testament. He never enjoys smiting sinners, contrary to perceptions in popular culture, but is always merciful.

If my people who are called by my name humble themselves, pray, seek my face, and turn from their wicked ways, then I will hear from heaven, and will forgive their sin and heal their land.

I had decided to write Phineas in the (Prayer) Closet for this very reason as a matter of fact, as my heartfelt response to the rejection many who come out in the church must feel, and to the legalistic teachings of many of these unwelcoming churches. As followers of Jesus, no one wants to actually un-follow Jesus. True, we may leave Him for a time, create distance, or even reject Him out of our fear and anger of the unknown, when push comes to shove. I am no exception. But there is a reason why He continuously beckons us to return to Him, as his beautifully broken and wounded prodigal sons and daughters.

Realize that your faith is your faith ‒ nobody has the right to tell you that it isn’t real, or that it isn’t good enough. Christian faith is a deeply personal and intimate relationship between you and Jesus Christ. Sometimes, church-going people forget this, and instead become fixated on the dogma, or the rules, of their particular church denomination. Don’t fall prey to giving too much weight to the opinions of other humans. Instead, rely on God, and remember that only God can put on your heart what He wants from you. As you grow in your relationship with Him, you will know what things He wants you to change or to work on. Again, listen to Him.[3]

I still boldly acknowledge my conservative upbringing (I’m informed, not ignorant, mind you), and the values I learn from it of course, but as the 21-year-old young man now standing before you all today, I am finally courageous enough to say, “My heart is transformed, and deeply humbled,” and given all that I have already gone through, I will continue to try very hard to make the best of things as I can. Even if they’re far from perfection. 🙂

And just in case you’re wondering, yes, I am still a single virgin, happily looking forward to the day I can fall in love with, date, and marry a loving Christian boyfriend or girlfriend.

The most beautiful people we have known are those who have known defeat, known suffering, known struggle, known loss, and have found their way out of the depths. These persons have an appreciation, a sensitivity, and an understanding of life that fills them with compassion, gentleness, and a deep lowing concern. Beautiful people do not just happen.

~ Jefferson Bethke, from his book Jesus > Religion: Why He Is So Much Better Than Trying Harder, Doing More, and Being Good Enough

This Bi Visibility Day, I’m not only going LOUD. I’m going to listen. It’s one of several reasons why I’m a Psychology undergrad in the first place, and still heavily spiritual. God bless. ❤ 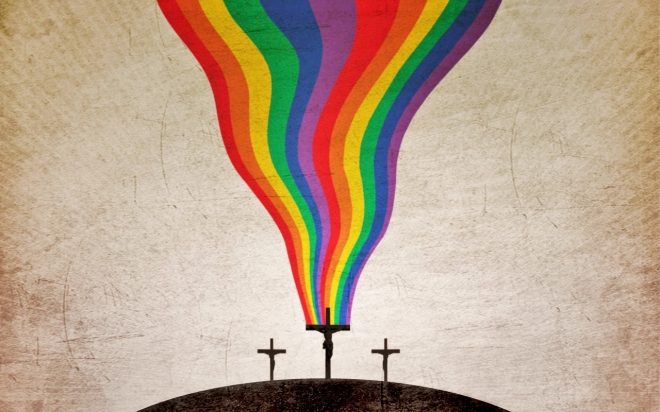 An independent columnist carrying on a "What It Takes" legacy...and proud of it too! :D View all posts by jchenthecolumnist